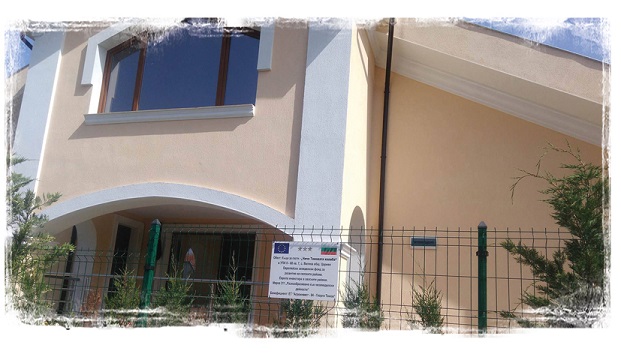 Over the last seven years, the European Rural Development Program has funded 749 guest houses at a total cost of more than EUR 100 million. The goal is clear: providing aid for enterprising Bulgarians to develop rural tourism, create jobs, and contribute to the revival of some isolated regions with the help of the European taxpayers’ solidarity. A huge number of those houses, though, do not provide accommodation. In other words, someone just took advantage of the money and built a new house for themselves.

When OLAF inspectors came to Bulgaria to inspect the newly-built houses funded by the Rural Development Program (RDP), they saw not hospitable family hotels but private houses with high fences and barely managed to escape from…aggressive dogs.

This topic attracted public attention after a publication by the investigative journalism website, Bivol (1), which revealed that the mother-in-law of Ianaki Cherveniakov, then an official (currently a former official) in the State Fund Agriculture, received RDP funding for a guest house in Lilianovo, a village near Sandanski. Afterwards, she bought an apartment in Sofia for her son-in-law. The more information is gathered about this case, the more it seems as no exception.

So far, the Fund has paid more than EUR 100 million for such projects. How many are they, though? Finding the answer to that question was harder than expected. The European Anti-Fraud Office (OLAF) continues to carry out investigations. The European Commission is also expected to issue a formal opinion. Only then will we learn what amount of this 100 million will be revealed as misspent and have to be repaid from the Bulgarian budget.

The European subsidy is justified and confirmed if a guest house meets some simple conditions:

These criteria are outlined in the regulations of the State Fund Agriculture. The point is whether these requirements are met. This is the first problem: the number of guest houses in the Ministry of Tourism’s register of officially rated sites (2) is half that of funded guest house projects. A comparison of these two figures would be extremely easy to make and could be done on the basis of public information.

The second problem is also easy to investigate by checking the number of guest house employees in the registers of the National Social Security Institute. Thus, inspectors could easily distinguish between projects undertaken in good faith and suspicious ones before even going to those houses themselves and facing aggressive dogs.

What are the consequences?

Despite these alarming data, however, the inspectors from the State Fund Agriculture seem to be purposefully avoiding inspections because they know there will be shortcomings. Just eight guest house projects have lost funding because of irregularities that have been found, according to the answer given by the SFA when questioned by Bivol. They asked their question in accordance with the Law on the access to public information. These eight projects amount to slightly over 1% of all such projects. This is very different from reality. Even Desislava Taneva, Minister of Agriculture and Food, agreed on that. On May 13th 2016, she commented on this topic:

“Despite the pressure from consultants which reached the highest levels of power, I am not going to sign the guest houses measure in the way it has existed so far.”

Minister Taneva confirmed that some of the houses were constructed for personal use or were not economically logical. It is logical, however, to identify those pseudo-guest houses and have the unlawfully received money returned. What’s more, the people that approved the projects must be held accountable.

After strong public pressure, at the end of May 2016 the Fund finally published the register with the number of funded houses; there were 722 funded by the RDP between 2007 and 2013 (2). The Fund’s press release said that this information was published to make reporting irregularities easier. However, neither the names of the beneficiaries nor the amount of the money they received were included in the register.

But Bivol found a forgotten file on the SFA servers which contained various data for the projects funded by RDP. After comparing this information to the official register of the guest houses and the projects, it turned out that more than 1,200 projects were missing, including 287 guest houses. It is also important to note that the so-called “Rural Program” is the only European structural fund which is not being administered through the transparent instrument UMIS (Unified Management Information System). Instead, the system that is used is the Land register system which is outdated and non-transparent. To outside observers, it seems to be a black box which only the SFA administration has access to.

After a long correspondence, SFA finally provided Bivol with an electronic register which contains the beneficiaries as well as the payments. The database can be found on http://dfz.bivol.bg/guesthouses/.

However, on-the-spot checks are also necessary so that it can be ascertained whether a certain place is in reality an accommodation facility, a private home, or a club for those “in the know” with unrealistically high prices for outside visitors. If these checks are not carried out, then past contraventions will be considered lawful. There is already one such case. The current system for controlling expenditures of European money will enable some “lucky people” to live to a ripe old age in modern houses with pools without having used their own money or having contributed to the development of local business.

Ministry of Tourism, a register of the rated tourist spots, http://old1.mee.government.bg/bg/themes/registar-na-kategoriziranite-turisticheski-obekti-623-397.html, http://tourism.egov.bg/registers/Register.aspx