How the authorities buy the media with our money

How the authorities buy the media with our money 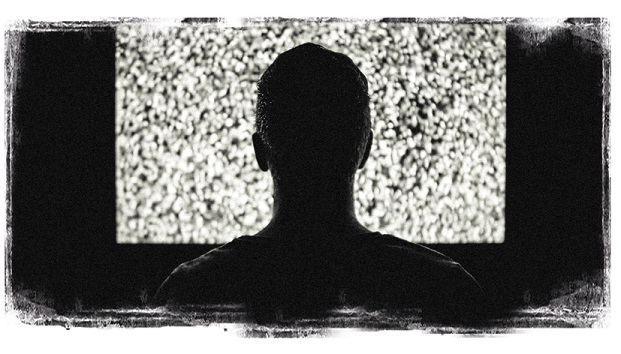 The state has paid tens of millions to national and regional media to promote the achievements made with the support of EU funds. The effect of these investments from the perspective of EU programs is arguable and thus they have largely turned into a hidden state subsidy for the media. This is also why clear rules for allocation are needed: they must guarantee, at least to some extent, that the state authorities are not silencing criticism with European taxpayers’ money.

The total amount paid by the government to 30 regional and national radio and TV groups reached EUR 5.8 million for just eleven months (March 1, 2015–January 31, 2016). This information about the implementation of the communication plans under the EU operational programs is publically available (1). This money was used for the purchase of airtime on TV and radio stations. If we include additional services, such as producing advertising materials and logistics for events, the amount goes up to EUR 6,775,469 (including all payments during this period, some of them for contracts signed prior to the beginning of the period). The reports of the communication strategies under the operational programs do not cover print media because they are required by law to tender for state funding.

The peak of state funding for the media was 2013, when EUR 16 million from EU resources was disbursed for promoting projects supported by EU funds. Although the amount now is almost three times less, EUR 5.8 million, there are plenty of questions about the criteria for allocation that still remain.

It is natural for institutions to be willing to show the public what different operational programs involve and which sectors they support. Moreover, this is a requirement of the European Commission. The problem is that so far, the money has been spent at random and with no rules, at the discretion of the relevant ministry and its minister. The main loophole can be found in the Public Procurement Act, which lays down no criteria for transparency for money spending. Purchasing radio and television airtime is direct: the media receives money from the operational programs for a package of good coverage. The situation with the print media is not better either: they formally participate in competitions, which, however, are difficult to monitor. A real danger remains that politicians may exert influence over journalists.

After all, in March 2016 the government imposed a moratorium on direct negotiations between institutions and TV and radio stations until the adoption of clear rules. The rules are now in place and took effect on July 22nd. They are applicable to all media: television, radio, newspapers, and websites.

Direct negotiations with the electronic media, which enables the ministries and other agencies to purchase airtime directly, was a common practice during the entire first programming period, 2007-2013, and is also included in the new Public Procurement Act. It was based on the belief that these were the most popular and accessible media and if the goal was to promote European programs, it was important that there were shows and commercials funded by European money on those media. The government did not abolish this but did introduce a limit on the direct negotiations. The text said that the maximum threshold for money used for the direct purchase of airtime on TV and radio would be up to 30% of the available annual resource allocated for awareness and publicity. Another change was that within that 30%, 80% was to be used for the national electronic media while 20% was for the regional electronic media. This cost allocation, however, does not require government institutions to use radio and TV channels, neither imposes them an expenditure limit. For all purchases above the 30% they simply have to announce a pubic tender. In addition to the funding threshold rule, means to measure the efficiency of the funding was introduced for the first time.

The real revolution, however, are the rules for planning and valuation of media campaigns in print and online media. This is a breakthrough change in the manner of working with this kind of media. Simply put, if the funding for electronic media has been easy to follow so far, it has not been possible to follow the funding of the print media. This is because it would predominantly pass through consortiums with media or PR agencies, so it was neither clear what the funding amount was nor which media received it.

From now on, in procedures for print media campaigns under the Public Procurement Act, the service provider’s offer will be required to feature a contract or a letter of intent regarding the specific order. The print media is committed to provide a certain number of publications, pages, appendices, and inserts about the respective program (2). The content of the publications will also be agreed upon in advance. As of July 2016, there has been a new allocation of resources (see Table), evidently based on these new rules.

Let’s crush the regional media too

If one of the main budget items funding the central media is money from EU programs, then one of the “key” funding channels for local media is municipal money. According to many local publishers, each regional newspaper develops according to the rules of the region where it is published and the level of economic development of the region it covers. However, the reality is that local media develops according to the opinion of the mayor and town authorities and their willingness to subsidize it.

The amount spent by ten Bulgarian municipalities during the period 2013–2015 for buying media influence exceeds EUR 1.4 million. This was discovered during an investigation by the website dnevnik.bg (3). It was carried out with the support of the Access to Information program and the America for Bulgaria Foundation. The data were obtained in accordance with the Access to Public Information Act and were provided by the local administrations in the five largest cities in Bulgaria (excluding Sofia) and another five smaller municipalities in regions with different economic profiles.

This ranking, which shows the ten municipalities by expenditure for media services, is headed by Burgas. In just three years, that municipality spent EUR 368,270 for media services. The information makes it clear that most of the funds paid out to local media, central media, and PR agencies, were meant for publishing texts and broadcasting radio and TV programs with controlled content.

Varna comes second. Companies owning electronic, print, and online media would send the Municipal Council letters with proposals. These were swiftly approved by the local Finance and Budget Committee and (again easily) by the municipal councilors. For the past three years (and possibly before that as well) this scheme ran successfully. During this period, the local authorities in Varna spent around EUR 310,000 on advertising, publications, and media broadcast.

Third place in this ranking comes as a big surprise. It is held by the municipality of Vratsa. The budgets it had in 2013, 2014, and 2015 amount to almost EUR 75 million altogether. Out of the ten municipalities researched, only Kazanlak and Montana are smaller. In 2015 Vratsa broke all records and came on top in regard to the volume of these costs, outrunning even Burgas. The amounts found in a printout from the administration’s accounting office went to 49 different local companies, many of which had common or shared ownership. Apart from the private media, the municipality built its reputation with the help of its own media group Vestitel (Harbinger), a municipal radio station, and a cable TV program, all supported with nearly EUR 40,000.

The three-year budget of the municipality of Plovdiv comes after Burgas and before Varna. In the past three years, it spent over EUR 376 million, and, in terms of the expenditure for “media and information services”, the municipality ranked fourth.

During the period 2013–2015, mayor Ivan Totev (from the GERB political party) spent EUR 138,000, just for services under contracts for publishing legislative acts, communications, announcements and information materials of the administration and the Municipal Council in the city.

Another municipality in North-Western Bulgaria, Montana, has also shown impressive generosity towards the media. Last year mayor Zlatko Zhivkov (Together for Montana party) took office for the fifth time in a row. Out of the ten municipalities studied, this one ranks fifth, having spent EUR 78,000 on media presence. At the same time, it had the most modest total budget of only EUR 46 million for a three-year period.

The amounts paid to media companies from the same list, literally copied by carbon paper, grew every year. The generosity of Mayor Zhivkov reached its peak during the election year of 2015, when payments to the media on the list came close to EUR 29,000.

The Rousse administration was more frugal, although its budget in the past three years was three times larger than that of Montana, amounting to over EUR 49.5 million. The administration spent a total of EUR 56,175 for placing banners in the internet and contracts for media service. However, the money that reached some local media turned out to be three times more, including the money disbursed under 12 contracts for publicity of projects with EU funding. It is a public secret that the money for promoting EU projects is instead spent on the “publicity” of the local and central authorities.

This collection of data, obtained under the Access to Public Information Act, is far from exhaustive. Yet, it clearly shows that some media in Bulgaria, and especially those in the smaller municipalities, sell their content willingly and at almost no cost–the local authorities buy them “wholesale”. In this way, these media consciously allow some form of administrative control over their content and systematically misrepresent the information for their audiences.

(2) A methodology for distribution of the financial resources for information and communication of the operational programs and financial instruments, co-funded through ESI, Appendix 3 to the National Communication Strategy 2014-2020, Cost allocation, https://www.eufunds.bg/images/eu_funds/files/%D0%9D%D0%9A%D0%A1/Methodology.pdf