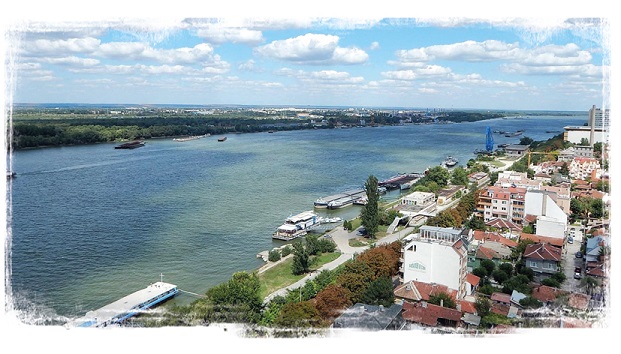 For people living along the Danube River, mosquitos are an important part of life. Curbing mosquito populations to make the lives of humans more bearable is among the main responsibilities of local authorities. The town of Rousse has figured out how to deal with the mosquito problem. However, instead of sharing this know-how, the Association of Danube River Municipalities “Danube” spent nearly EUR 0.75 million of European taxpayer’s money for preparedness so that it could one day be able to create a map detailing the spread of mosquito populations. Not only has the money been thrown out of the window but also many questions surround the choice of contractor to implement this project.

Mosquitos are a problem, especially along the Danube River. In the town of Rousse, the polemic surrounding this topic has often veered into the comical. Because of Rousse’s location along the river, the rich vegetation along the river banks, and inefficient pest control, summer months used to be especially uncomfortable in this town. It was difficult to stay outdoors due to the large number of mosquitos.

The situation was further complicated by the lack of coordination with the neighboring municipality of Giurgiu, situated across the Danube in Romania. The two towns would often spray against mosquitos at different times of the year, rendering their entire pest control effort futile. This was the state of affairs until 2012-2013, when Rousse and Giurgiu began active cooperation in many areas, including the effort to limit mosquitos. As a result, spraying activity was now coordinated on both sides of the river. This is why summer months have become a lot more bearable in Rousse, even in areas along the river banks, where open-air cafes can now welcome customers without subjugating them to the smell of mosquito repellent. This effort costs Rousse Municipality some EUR 100,000 per year and the issue has been, to a large extent, solved.

Against this backdrop came the announcement of a new project with an ambitious title: “Development and Implementation of a Joint Institutional Partnership on Risk Management of Overpopulation of Insects Threatening Public Health and Safety”, within the Framework of Interreg V-A Romania – Bulgaria. At the end of September 2016, a press conference to raise awareness about this project was held by the contractor, the Association of Danube River Municipalities “Danube” (ADO “Danube”). The organization’s membership consists of nearly 40 municipalities from this part of Bulgaria. At the time of the announcement, the only fact mentioned about the project was its EUR 1,347,194 price-tag. This was coupled with many phrases like “risk prevention”, “expertise”, and “cross-border cooperation”, as well as with the disclaimer that practical measures (for example, spraying or the maintenance of green spaces) were not included in the scope of the project. Instead, this was an effort to synchronize practical measures and implement good practice from the European Union. Additional goals were the creation of a geographic information system (GIS) with a detailed map of the region, and hosting roundtables and conferences.

Because Rousse’s journalists did not receive factual answers to their questions, they dismissed the project as the latest addition in a line of puzzling initiatives created to spend European money. There were even headlines about “fighting mosquitos with roundtables”.

Choose the most expensive option

Discussion abated until the project attracted the attention of the Anti-Corruption Fund foundation. They started an inquiry after receiving a tip about a public procurement procedure that was a part of the project. The procurement was announced on April 6, 2016 and had the objective of creating a GIS on behalf of the Association of Danube River Municipalities. The contract notice was found to contain serious ambiguities. For a start, the description of the technical requirements for this expensive project–creating the GIS map ended up costing EUR 0.53 million–was only a page long. The wording of the terms of reference allowed for a broad and subjective interpretation of the technical offer, which carried the most weight when evaluating bidders. The technical offer score formed 65 percent of the final score that decided the winner.

This is how Grazhdansko Druzhestvo GIS Dunav Ltd, which had quoted the highest price, won the public procurement. The second participant had quoted a price nearly a third lower but had only been given eight points in the technical evaluation. This project could have been implemented for only ten percent of the estimated cost of the procurement had the technical part been interpreted differently, according to experts from the Anti-Corruption Fund.

In addition, the price quoted by the procurement’s winner was 21 percent higher than the price quoted by the company which qualified second. They had quoted EUR 490,553 with VAT. The winning consortium consisted of two members. The first one was Spel-96 Ltd. According to the tip received by the Anti-Corruption Fund, this company’s sole registered employee was a software engineer. It had earned only EUR 45,000 in revenue, according to documents it had filed in 2014. The second participant in the consortium was Timeks-BG Ltd. According to official information from the Bulgarian Business Register, this was a trading company which lacked experience in GIS.

The Anti-Corruption Fund experts also went on to say that even if all requirements for the system had been met, the project would have been still-born anyway. This was because the procurement documents failed to mention any requirements for any kind of data–the result of specialized analysis–to be uploaded to the system so that these data could be visualized by the GIS. In short, the procurement only dealt with the purchasing of GIS licenses and a server, without any additional activities.

The inquiry concluded that: “The activities mentioned in the technical requirements did not involve the creation of a functioning GIS system (which was supposed to be the real goal of such a project). They only stipulated a mere assembly of software and hardware”.

Another fact supports the conclusion that this project was only a facade. The creation of the GIS had to be based on preliminary studies stipulated in another public procurement. However, the two activities were carried out at the same time, as evidenced by the chronology of the two public procurements concerning them. There was no way that the creators of the GIS would have been able to use the results of the preliminary study.

The Anti-Corruption Fund carried out inquiries into ten public procurements awarded by ADO “Danube” worth a combined EUR 1.94 million, All inquiries followed from tips about inflated prices. The experts discovered some patterns: all procurements were won by the company which quoted the highest price, which was usually close to the estimated cost; companies which ranked second in the evaluation procedures offered substantially lower prices, in some cases 30-40 percent lower; in all cases, many companies were removed from the procurement procedures, with only a pair of companies competing in the end. Considering the high estimated costs of the procurements, requirements for bidders were ridiculously low; even a company which had previously carried out a project worth only EUR 500 was able to participate in a procurement where it won a half-million euro contract. While all procedures were supposedly implemented to achieve the most favorable economic terms, 65 percent of the final score was determined by technical criteria and the rest by financial criteria. In addition, the technical evaluation process was subjective, and it was impossible to appeal the technical evaluations. Oftentimes, bidders were scored in shockingly different ways; 65 to 8 points, or 65 to 7 points, and so on. According to the experts, this way of scoring gave considerable advantage to some participants. The advantage could not be offset once the price offers were disclosed. To top it all off, the estimated costs in these procurements diverged from market valuations. And one more detail–in all but one of the ten procurements, the winners were consortia, although there was no need for bidders to form partnerships to meet the anyway low requirements.

The experts said there was evidence of the existence of a pre-arranged scheme, featuring one company with relevant professional experience and a second, “well-connected” one, through which financial matters were settled.

This story is not over yet. The Anti-Corruption Fund has submitted its findings to the European Anti-Fraud Office (OLAF) and to the Romanian Anti-Corruption Directorate. The foundation has also notified the Audit of EU Funds Executive Agency, the Protection of the European Union’s Financial Interests Directorate, the Bulgarian National Audit Office, as well as the Prosecutor’s Office. As of year-end 2017, their responses were still pending.

Articles in the media: